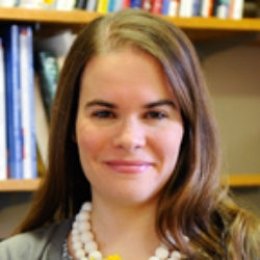 Allison Connolly joined Centre’s faculty in 2007 as an assistant professor of French and was named a Centre Scholar in 2011 and again in 2018. She held an NEH endowed professorship from 2014-16. She received the Kirk Award for Excellence in Teaching, and in 2020 was named the Marlene and David Grissom Professor of French, and she will hold this professorship until May 2023. An exemplary teacher and scholar, Connolly also directed the Strasbourg study abroad program in 2010-2011.

Connolly’s most recent interests have moved to the influence of tea on French culture, including literature, language, and art, and she has had multiple publications on the subject in both scholarly and popular publications, including Tea Time Magazine. Her most recent book was published in 2016, Spaces of Creation: Transculturality and Feminine Expression in Francophone Literature.