Norton Center for the Arts

Norton Center for the Arts hosts world-class performing arts and serves as a focal point for the College’s academic programs in theatre and music.

Within the 85,000 square foot complex are stunning performance and exhibition spaces as well as exceptional academic facilities for art, music, and drama. The Center’s two theaters have drawn consistent praise from performers and audiences alike.

Site of both the 2012 and 2000 Vice Presidential Debates, the Norton Center is the College’s showplace for such top national— and international—acts as Alison Krauss & Union Station, cellist Yo-Yo Ma, Broadway musicals, bluegrass musicians Chris Thile and Edgar Meyer, and the Russian State Symphony Orchestra. Regular series shows are free to students.

Newlin Hall, a 1,500-seat concert hall, is known to have one of the finest acoustical designs in the country. 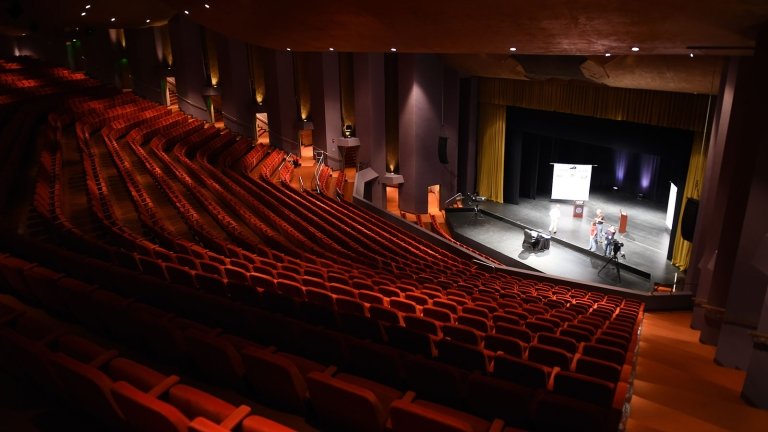 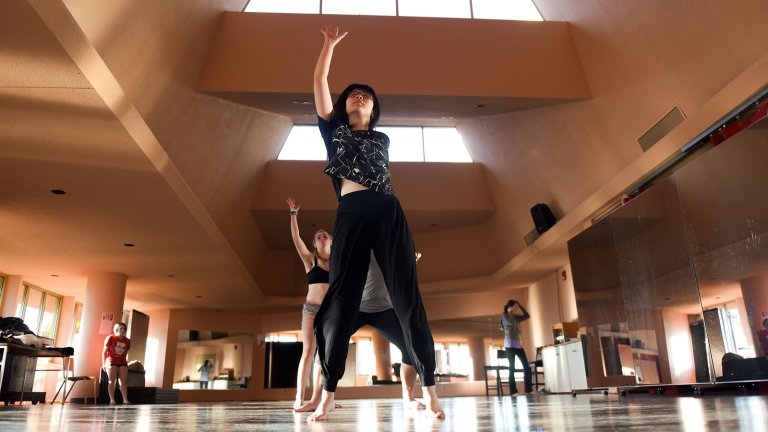 The versatile Weisiger Theatre, a 360-seat theater in the round, accommodates a wide variety of performances. 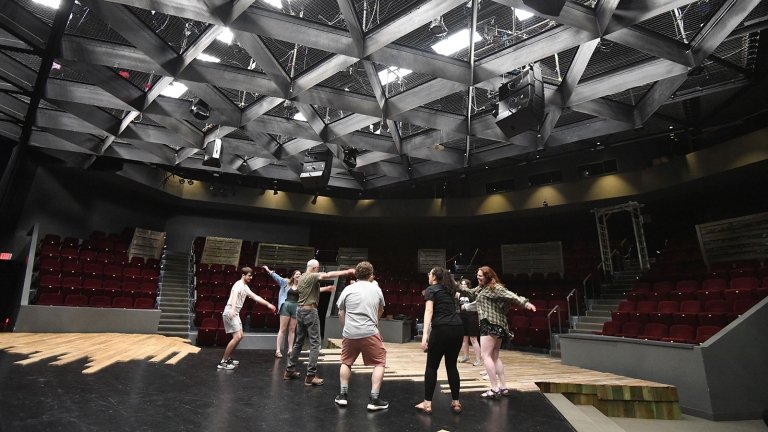 The 14-foot, brass-plated sculpture by Louisville artist Tom Lear is located at the main entrance to the Newlin Hall foyer of the Norton Center for the Arts. Installed in 1978, the work was provided by an anonymous gift to Centre for its execution. The name means “from the stars. 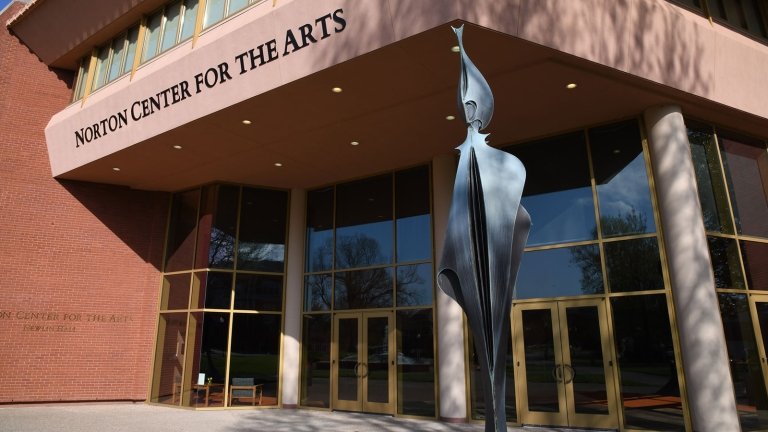 The Haven Gillespie Fountain and Plaza 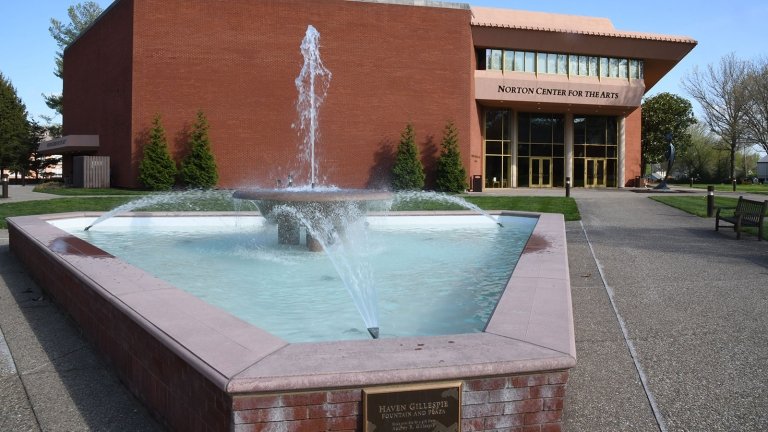 We Were Here Exhibition

The Norton Center for the Arts

For Schedules, Times, and Tickets

Norton Center for the Arts