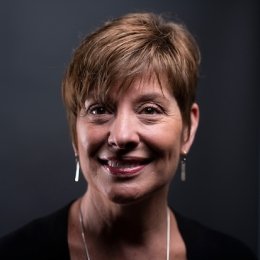 Dean of the College

BS: Biology, University of the South in Sewanee, Tennessee

Ellen Goldey is Vice President for Academic Affairs & Dean of the College at Centre College. Prior to joining Centre, she had been Dean of the College of the Harriet L. Wilkes Honors College (WHC) of Florida Atlantic University. Over her impressive career, Goldey has built a record of accomplishment both in and outside of the classroom, earning a reputation as a teacher-scholar and administrator who places a premium on creating a collaborative, creative and inclusive culture.

Most recently, she has tackled issues of enrollment, diversity and resource development at WHC as part of an open and transparent long-range strategic planning initiative. “What impresses me above all else,” said Centre President John Roush, “is Ellen’s commitment to the liberal arts and sciences. Her strengths in teaching, scholarship and administrative service serve our campus well.”

A published expert in the field of developmental neurotoxicology who worked as a toxicologist with the EPA prior to her academic career, Goldey is also a sought-after guest speaker on the topics of STEM education and science curriculum reform. Goldey’s passion for the liberal arts began as a student at the University of the South in Sewanee, Tennessee, where she earned her B.S. in biology. After her undergraduate studies, Goldey returned to her hometown of Oxford, Ohio, where she completed her graduate work at Miami University, earning an M.S. in zoology and Ph.D. in zoology and ecology.

She eventually served for two decades on the faculty at Wofford College in Spartanburg, South Carolina. There, she earned tenure, served as chair of the biology department and was appointed the William R. Kenan, Jr. Professor of Biology.

Beyond being highly passionate, Goldey describes herself as a “fierce advocate” for the liberal arts.In testimony  before the Florida Senate’s Education Committee, she explained that challenging societal issues “like poverty, injustice and climate change cannot be resolved by any single field of study or simplified approach. Because these problems are complex,” she said, “they demand breadth of knowledge, contextual understanding and active engagement with people of diverse backgrounds and perspectives.” Goldey’s many honors include leadership fellowships with PULSE (Partnership for Undergraduate Life Sciences Education) and SENCER (Science Education for New Civic Engagements and Responsibilities).

While at Wofford, she was honored as faculty member of the year, won the Roger Milliken Award for Excellence in Teaching, the Martin Luther King, Jr. Humanitarian Award from the Association of African American Students and was elected to Phi Beta Kappa. She also helped secure outside grant funding totaling nearly $1.5 million from sources such as the National Science Foundation, Teagle Foundation and the Arthur Vining Davis Foundations.

In addition to 10 research publications on toxicology in peer-reviewed journals, Goldey has dozens of invited presentations and workshops to her credit, and on topics such as leadership for equity and inclusion in STEM, embedding high-impact practices in science courses, pluralism as a goal for the global century, and using big problems to reveal the big picture.