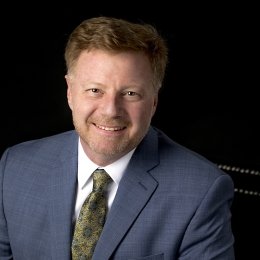 Milton C. Moreland is the 21st President of Centre College. A native of Boise, Idaho, he earned his undergraduate degree in history with honors from the University of Memphis, where his mentor, Dr. Marcus Orr, introduced him to the joy of studying ancient texts, languages, and artifacts. Moreland wrote his honors thesis on the Nag Hammadi Library, a set of early Christian texts discovered in Egypt in 1945. He continued his study of archaeology, ancient history, and religion at the Claremont Graduate University in California, where he earned his MA and Ph.D. degrees.

His scholarly work appears in leading journals and focuses on Roman archaeology and religious traditions in the Mediterranean region. Moreland has also edited several books, including Between Text and Artifact: Integrating Archaeology into Biblical Studies Teaching.

Prior to joining the Centre community this year, Moreland served for 6 years as the Provost and chief academic officer at Rhodes College. He first joined the Rhodes campus community in 2003 and was promoted to associate and full professor, serving as the R.A. Webb Professor of Religious Studies, and Chair of the Archaeology Program.

During that time, Moreland directed the Rhodes Institute for Regional Studies, and was the founding director of the Lynne and Henry Turley Memphis Center. Outside of the classroom, his field work with students has involved travel to sites in Jordan, Turkey, Greece, and Germany, including collaboration with the Duke University Field School in Israel. Moreland was on the senior staff of the Sepphoris Regional Archaeological Project in Galilee for over 20 years.

Moreland is joined at Centre by his wife, Dina, a native of Chesterfield, Indiana, and a former national champion racquetball player who competed on the USA team. She attended the University of Memphis, completing her bachelor’s and master’s degrees in gerontology and educational studies, and began her career as a pharmaceutical salesperson in southern California, while touring as a professional racquetball player in the 1990s. Since 2003, she has been an elementary school teacher in Memphis.

The Morelands have two grown children. Marcus, a 2016 graduate of Rhodes College, who majored in business and now works as a manager for a logistics company in Memphis, and Micah, a 2020 graduate of Rhodes College who was an international studies major and Asian studies minor, who now works as a consultant in digital marketing in Memphis. Both of their sons were student-athletes, Marcus in baseball and Micah in football.