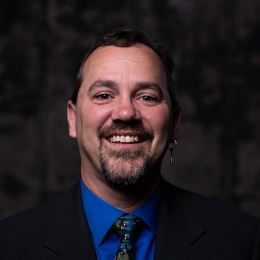 Associate Dean of the College

PhD from University of Notre Dame

Research interests in mathematical logic and foundations and computability theory. Articles published in Archive for Mathematical Logic and the Journal of Symbolic Logic.

Alex McAllister joined the Centre College faculty in 1999, and is H. W. Stodghill, Jr. and Adele H. Stodghill Professor of Mathematics and joined the Dean’s office in 2019 as associate dean. In 2009, he received the Kirk Teaching Award, and has been honored as a Centre Scholar both in 2005 and in 2010. He has prior teaching experience as a visiting assistant professor at Dartmouth College and a graduate instructor at the University of Notre Dame. McAllister was also a research assistant at NASA’s Goddard Space Flight Center.

McAllister’s scholarly interests include mathematical logic and foundations, and computability theory. His articles have been published in the Archive for Mathematical Logic, the Journal of Symbolic Logic, and the Mathematical Logic Quarterly. In 2009, Oxford University Press published A Transition to Advanced Mathematics: A Survey Course, which McAllister co-authored with William Johnston of Randolph-Macon College.
McAllister holds a BS from Virginia Polytechnic Institute and State University and a PhD From the University of Notre Dame. He is a member of Phi Mu Epsilon.