During CentreTerm, students traveled abroad to New Zealand to study how volcanoes and volcanic activity shapes the world.

And it’s not the stunning view of Rangitoto Island they’re staring at as they walk along a rugged section of coastline.

Instead, they’re examining the black, craggy rocks beneath their feet, part of a lava flow adjacent to Takapuna Beach, created by an eruption of the nearby Lake Pupuke volcano 200,000 years ago.

For the 34 students studying abroad as part of the CentreTerm course Physical Science of Volcanoes, it’s just one of many stops they’re making in New Zealand with Associate Professor of Chemistry Kerry Paumi and Professor of Chemistry Joe Workman as they dive into how volcanic activity has, quite literally, shaped the world around them.

The course has been one Lucy Swenson ’24 would not miss taking during the immersive three-week CentreTerm experience.

“I really wanted to go to New Zealand,” said Swenson, an environmental studies major who confessed she came into the course a newcomer to the world of volcanology and geology. However, that’s changed during this first-hand look at one of the world’s most diverse volcanic regions.

“It’s real interesting to incorporate what I’m normally interested in and what I’m learning about—and, now, pretty excited to learn about,” she said. “It’s just so cool.”

That experience—of students learning how to apply course studies to their majors and areas of interest—is what CentreTerm and the liberal arts and sciences are all about, said Workman.

“For Kerry and me, this course represents a manifestation of the liberal arts,” Workman said. “Neither of us is a geologist, much less a volcanologist. And, so, we also bring our unique perspectives to the course as chemists. We try to emphasize to the students that, just as you are learning, we’re also learning.”

Since many students select CentreTerm courses that aren’t part of their primary studies, each brings a different lens to bear on the material being studied. During the course, students are required to give a presentation on something they have learned. One such presentation detailed how a volcanic eruption in Indonesia may have inspired Mary Shelley to write “Frankenstein.” 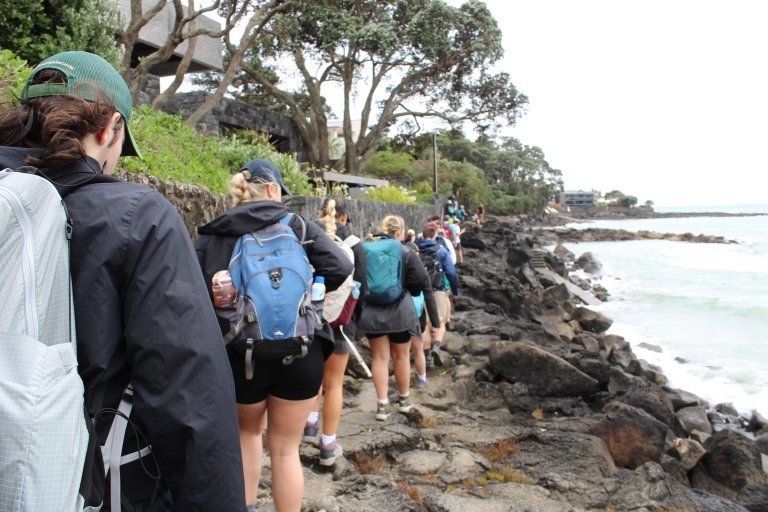 “We have a bit of literature in the course, we have a bit of environmental science, we, of course, have quite a bit of physics and chemistry,” Workman said. “I like to think the class appeals to all majors.”

“We have some English majors and history majors. We have a huge range. People are engaging in their passions, which I hope all Centre students do,” Swenson said.

Similarly, CentreTerm allows students who might not be in similar classes on campus to venture abroad together.

“It’s been pretty cool to travel with people that I sort-of know and am acquaintances with, and also people I don’t really know at all,” Swenson said. “I think that’s a really cool dynamic of CentreTerm. You’re just thrown in and get to make friends with people you might not normally interact with at school. So, I’ve been loving that.” 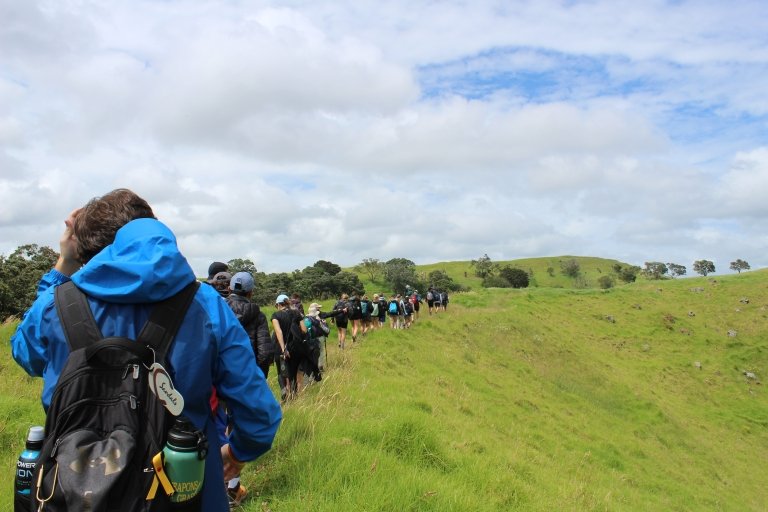 Workman notes the class is focused on volcanoes and the geology of New Zealand, not the culture of the country, but students are staying in hostels surrounded by visitors from many different countries. They have also used their free time to soak up some of the sights, sounds and flavors of New Zealand.

“I’ve had some friends and relatives take this class before, so I knew they had great experiences,” she said during some down time during the students’ visit to the city of Topo. “New Zealand is really a great place to be close to nature.”

The opportunity to study abroad was among the reasons the Owensboro, Kentucky, native decided to attend Centre.

“I watched my cousins both go abroad, and I definitely wanted to do that and have those experiences,” she said. “It’s pretty cool to be at a place that prioritizes that so much.

“Some of my friends at other universities don’t know if they will get to [study abroad], or it’s hard to find information about it. It’s much more accessible here and prioritized here, and I think that’s really, really important.”

Follow the international adventures of CentreTerm students by searching #CentreAbroad on social media.

During CentreTerm, students traveled to New Zealand to study volcanoes and volcanic activity.

Centre College students are leading the charge to find solutions to an important challenge facing Kentucky: access to early childhood education. Students in Associate Professor of Economics and...

Students engage in immersive studies across the globe during CentreTerm ’23

CentreTerm courses kicked off this week with 250 Centre College students in 13 different countries studying abroad/away for the three-week term. The immersive one-course study during CentreTerm is a...

Excellence in research has brought about excellence in teaching for Centre College professor Jonathon Earle. The Grissom Professor of Social Studies at Centre, Earle was recently named editor for the...